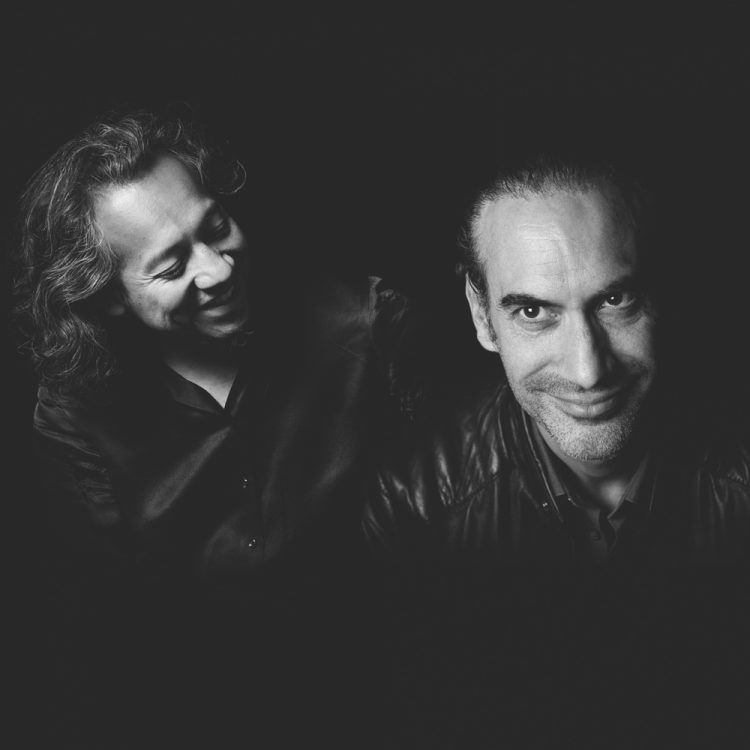 Tico Piehagen (Pasto, Colombia ) started piano lessons at age 8 and was quickly fascinated by jazz music. After completing his studies at the Academy of the Arts in Utrecht, where he graduated with a Masters of Arts in Composition, he continued his studies at the Rotterdam Conservatory.
In 2008, he made his first journey back to his birth country of Colombia, where he worked intensely with Colombian musicians. This collaboration lead to his debut album “Aguabajo” (2011). During his now annual visits to Colombia, Tico discovered SOS kinderdorpen. Together with his adoptive parents, he founded a charitable trust with the goal of supporting this organization. 50% of the proceeds of his CDs go to the Doris Tuapante Charitable Trust. This trust is named after his deceased (in 1998) birth mother and is a part of SOS kinderdorpen.

Efraim Trujillo (Los Angeles, USA ) began playing the clarinet at the age of 8. He studied Improvised Music at the Conservatory of Amsterdam, where he completed his bachelors and masters degrees. Since then he has played in a variety of bands, including Fra Fra Sound, New Cool Collective (Big Band), the Ob6sions and the Ploctones. He has been nominated four times for the Edison Awards for his work with the Ob6sions and the Ploctones, among others. Currently, he is the musical and artistic director of the Amsterdam Funk Orchestra and can also be heard with his own band The Preacher Men.

Efraim and Tico’s collaboration has lead to a swinging, but also intimate, recording of original compositions.