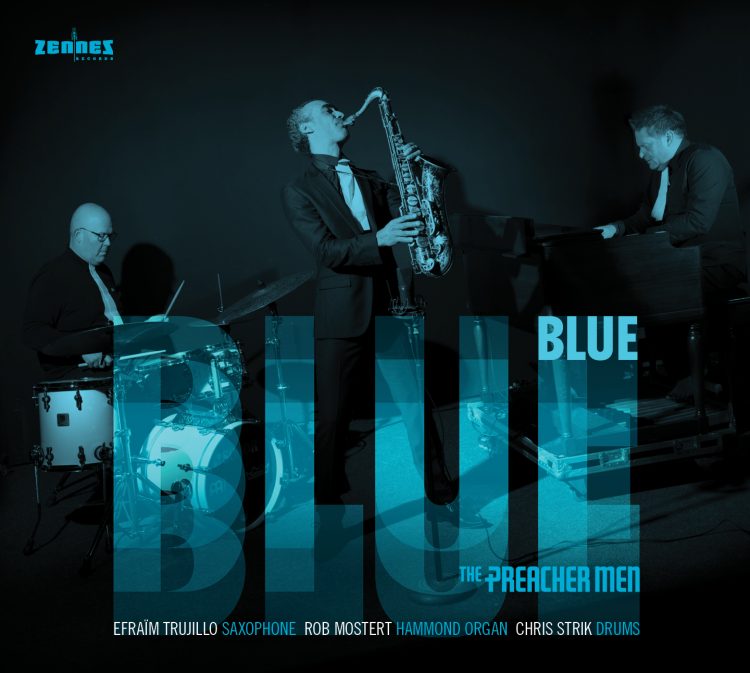 After the release in 2016 of their widely acclaimed debut ‘Preaching Out Loud’
and intense gigging, The Preacher Men returned to the studio this Spring to
record their 2nd album entitled Blue.
And yes, it refers to the music genre as well as to the mood.
Captured in 9 ‘groovy-blue’ songs, 7 of them are brand new compositions by
saxophonist Efraim Trujillo. The legendary engineer/producer Al Schmitt
collaborated with the Dutch trio on some of the recordings.

The album was very well received by the Dutch national press and audiance: